Treasures are best kept when distributed, when possible I will put my sources and archives online.

Born in Doha – Qatar to a Lebanese father and a Syrian mother, Shirin lived in Montreal, Alexandria, Istanbul Paris and Beirut. She now lives and works between Cannes and Beirut.

Shirin finished her Masters of Fine Arts with honors from the Fresnoy, National Studio for Contemporary Arts in France in 2010. Before entering the artistic field, she completed her Masters in History International Relations (2004) and a Diplôme d’Études Approfondies (DEA) in Political Science (2006) at Saint Joseph University Beirut where she worked for eight years as a librarian and a research associate publishing academic articles at the Centre for Modern Arab Studies (CEMAM).

In 2017 she was part of the Lebanon Factory short film programme, opening the Directors Fortnight in the Cannes Film Festival. That same year she wrote, directed, and produced a 42’ poetic essay entitled “What Happens to a Displaced Ant” inspired by a five months emergency mission spent with Doctors Without Borders at sea as a cultural mediator. Shirin also does mixed techniques video and sound installations, ‘musical voyages’ for exhibitions. In her artwork, she uses History for its collective memory, music for its Dionysian effect, and animation for its distanced wit. Thematically, exile and disembodiment are omnipresent elements, love and kinship a constant concern.

She was working on my first feature film and a solo exhibition both related to the 19th century author Ahmad Fares al Shidyaq, when the Lebanese Revolution, Economical Crisis, pandemic, and Explosion turned life around.

In October 2021, after the Beirut explosion she came to Cannes where she started working as a real estate agent for Coldwell Banker Riviera Bellevue agency. In parallel she continued working closely with the Workers in Art and Culture, a Lebanese group born from the 2019 Lebanese revolution and whose aim is to create autonomous ways of art production.

Her first solo exhibition is planned for January 2022 at Gallery Tanit Beirut. 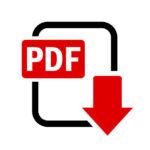 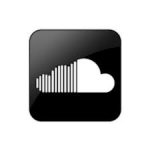 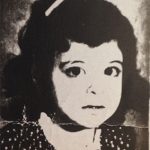 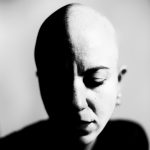 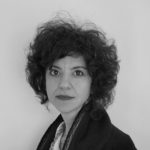